Consumers want realistic entertainment and surround. Sound plays a vital role in delivering this. Surround Sound is a word that describes a system in which the sound output appears to surround the listener, i.e., the technology creates the illusion that sounds are coming from all directions.

There are several vital components in a conventional surround sound speaker system.

A subwoofer is a prominent, powered speaker designed to create low-frequency sounds such as bass tones. A subwoofer uses air pressure to fill a room with bass to create a deep, rumbling sound. Subwoofers are usually installed on the floor in the corner of a room or theatre for optimal effect.

The subwoofer is what you feel when you’re in a room or theatre with solid bass that makes the floor rumble. When playing music or watching an inspiring movie on a PC surround sound system, a subwoofer aids in the creation of excellent bottom tones.

The center speaker in a surround sound system is frequently regarded as the most crucial of all the speakers in the system. It’s usually more prominent, more adaptable, and has more individual speaker cones than satellite speakers. This speaker is responsible for most of the “important sound,” such as conversation and crucial sound effects. A center speaker separate from the left and right satellites is standard in high-end surround sound systems.

There are four speakers in total, plus the center speaker, for a total of five. The “.1” stands for the subwoofer, and this is how the word “5.1” came to be. Six speakers plus one subwoofer are referred to as “6.1” surround sound.

Usually, the equalizer or mixer is built into your computer (or audio receiver, for home theaters). Most computers have equalizers or mixers built-in as part of their sound card output specifications, and most audio software, such as iTunes, also has one. A separate equalization may be required as part of a powered amplification system on high-end systems or systems that require a lot of power.

These devices feature the best surround sound system in performance per pound value if you want a whole home theatre experience. These speakers have a rich, pleasant sound that brings out the best in any soundtrack. The Sound is transparent but enjoyable, solid but not overbearing.

Surround Sound (5.1 or 7.1) is the next step up in speaker technology, and it’s undoubtedly the one worth doing if you’re building a home theatre. Surround Sound provides far better sound quality than stereo and allows for a more immersive listening experience.

Best Bookshelf Speakers For Your Home

Read Our Recommendations We live in a world where everyone uses headphones, yet the correct speaker arrangement brings music to

Quality Receivers and Amplifiers of 2021

Receivers and Amplifiers When there are so many industry terms to learn, getting the correct equipment to create a home 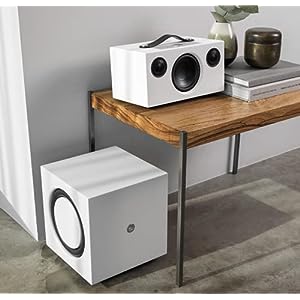 Subscribe to our newsletter for special promotions and our latest news